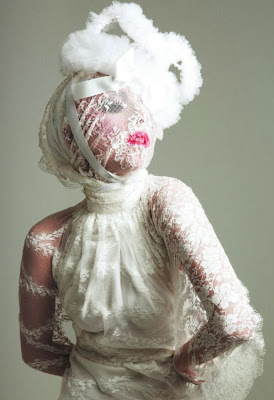 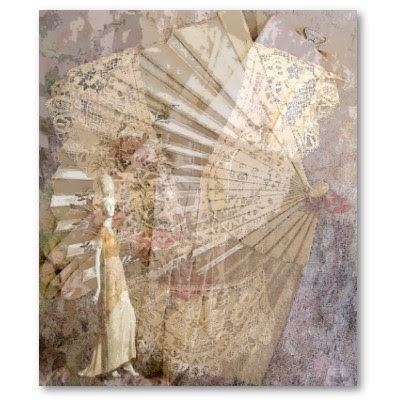 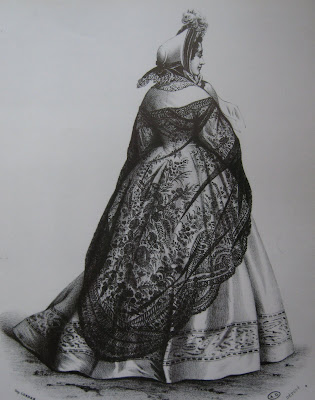 Lace has charmed and dazzled men and women for centuries. Think of sixteenth- and early seventeenth-century portraits of royal figures framed in exquisite lace ruffs, lace stiffened into jeweled fans, magnificent gowns lavished with lace, or the towering lace headdresses that became the rage in the court of Louis XIV. The production of lace was tedious and required dexterous hands to ply the needles or accelerate the wooden bobbins to create such works of beauty in pillow lace. So tedious and such an eye strain was the work that girls in convents were said to go blind creating these costly fabrics. Today incredible computerized machinery make it possible to replicate handmade lace and the production renders an affordable product that every modern woman can wear.
THE CRAFT OF PUNTO IN ARIA
Knowledge of the craft of lace making, ‘Punto in Aria,’ stitches in air, as the Venetians called the fabric, was jealously guarded in the Royal workrooms. Many nations depended on handmade laces for revenue, and pattern books were state treasures. In time, as laces came to be seen as the privilege of noble adornment, it became much in demand, and lace making spread throughout Europe. By the middle of the seventeenth century lace became a great luxury and an item of commerce and the craft was established as an industry. Lace literally overwhelmed the fashion taste of the period and was used with abandon on collar, cuffs, caps and even the tops of boots. The Puritans, however, give up lace believing it to be “a temptation of Satan.”
LACE GOES UNDERGROUND
No one know for sure when lace went underground, that is, from outerwear to underwear, but when Catherine de Medici went to France to wed Henry II in 1533, her bridal trousseau included ‘calecons,’ a Renaissance term for lace drawers. Taking the lead from Catherine, men and women of high rank began wearing elaborate lace trimmings on perfumed undergarments as an expression of their superior rank. Always sensitive to the aesthetics and luxury, the French began, early on, to combine lace with silk to make luxurious lingerie.
LACE TERMINOLOGY
The Venetian lace industry spread to France and thrived. Places like Valenciennes, Alencon, Argentan, Calais and Chantilly became identified and known for their particular style of delicate yet complex lace patterns. Valenciennes also called Val lace, is a flat bobbin lace of linen, Alencon, also called Point d’Alencon, is a delicate needlepoint lace and machine production with a cord-like outline of the design started in 1855, Chantilly appears to be the most elaborate with a scalloped design along one edge , often having an outline design of scrolls or vases, or baskets of flowers. It is widely used for bridal gowns and evening wear. The picture above features a Victorian woman with a large cape in Chanilly Lace.
LACY FASHIONS PREVAIL
Victorian women seem to have coveted lace not only for their gowns but also to decorate their parlor armchairs and tables. Flounces of lace were also used in runners that were placed on the mantle shelf or to adorn pillows. Such was the luxury of a bygone era, but the modern woman is no less endowed and fancies ‘Punto in Aria’ not only for her delicate undergarments, but also for daytime and evening fashions. Created in a wide assortment of colors, and black , re-embroidered with gold or silver threads these luxurious garments are the prerogative of women everywhere.
Posted by Polly Guerin at 10:20 AM 1 comment: