COMPACTS GLAMOUR ON THE GO 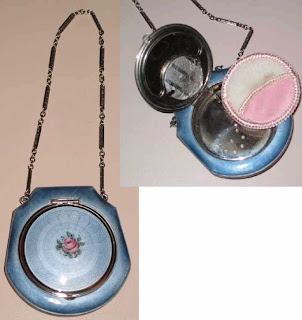 COMPACTS: GLAMOUR ON THE GO
By Polly Guerin, the Fashion Historian

Bio: Polly Guerin honed her skills as an Accessories Editor at the trade fashion bible, Women’s Wear Daily and later taught product knowledge as professor at The Fashion Institute of Technology, where her definitive textbook and video production, Creative Fashion Presentations, is used even today. In 2009 she was a vice-president of RWA/NYC and currently serves as a board liaison. Visit her at www.pollytalk.com
Posted by Polly Guerin at 10:31 AM