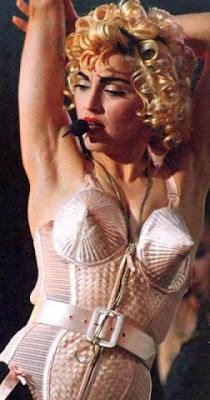 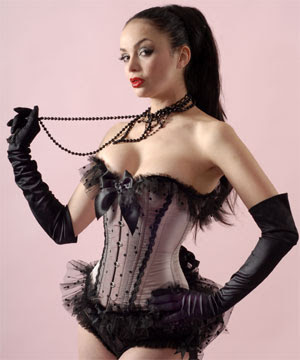 The Fashion Historian
As glamorous as corsets may appeal to women today, they were from the beginning a restricting garment that evolved perhaps from the chastity belt and the concept, decreed by men, of keeping women in their place. Despite the discomfort, women have been wearing corsets for almost 400 years putting social status, respectability and the pinnacle of feminine beauty over common sense values. Corsets were so tightly laced in the 1800s that they gave pain a new meaning in the 19th century. A girl as young as 11 years old was instructed by their society mother’s that the corset was an essential element of fashionable dress. Women appeared to be willing to be fashion victims, because it was considered not only unfashionable—even immoral—for a woman to appear in public without a corset.
FIGURE FACTS
Although doctors blamed the corset for a wide variety of diseases most of those diagnoses were unsupported but more dangerous was the fact that corsets did alter the body’s shape. Such a distortion of the natural body implicated the corset in aggravating existing conditions and digestive problems. The squeezing of vital organs from their original position in the body may also have contributed to the inability to bear children normally. Furthermore as a status symbol, the corset limited a woman’s mobility and it suggested that she could afford servants and needed a ‘lady’s maid’ just to get dressed. Even working class women succumbed to the allure of the corset and adopted cheap ready-made versions.
THE FAINTING COUCH
Striving to achieve the “ideal” figure, a woman was convinced that her waist was too large and accepted tight lacing to achieve a feminine 13-16 inch waist. Hence a ‘straight-laced woman” was not loose. As the corset was cinched tighter and tighter (think of Scarlet O'Hara in Gone With the Wind telling her maid “tighter, tighter”) it may have produced the desired small waist but it also reduced a woman’s lung capacity. Getting vapors was an obvious result as tight corsets were the cause shortness of breath and fainting was a common occurrence. Hence men came to the aid of a damsel in distress and smelling salts were summoned. To the cognoscenti a fainting couch was considered fashionable furniture of the day.
EROTIC FEMININITY
The corset prolonged the feminine prerogative to tempt a lover. The act of undressing and making love was a studied ritual in feminine coquetry. Not only did the corset support and uplift the bosom and idealize the female figure it extended the seduction process into one that took time and the delft hands of one’s lover to un-lace and un-trap the woman’s body for lovemaking. Women of the golden age of corsets did not engage in ‘quickie’ encounters but plied their femininity with flirtatious corsetry.
SEXUAL EMPOWERMENT
Corsets today, more modified but no less glamorous and seductive, have reappeared on the fashion scene as an outerwear garment and a source of sexual empowerment. No longer a garment of female oppression, the corset has reappeared and reconceived by Madonna and other show biz icons as a statement of the modern femme fatale. Women blatantly wear the fashionable bustier outside or inside a suit jacket and the strapless corset appears as the top of evening gowns. This age of liberation makes it no longer necessary to wear a corset for respectability but to establish one’s identity an independent and empowered female figure.
Books of interest: Fashion and Eroticism, Ideal of Feminine Beauty from the Victorian Era to the jazz age by Valerie Steele, Oxford University Press and Let There be Clothes by Lynn Schnurnberger, Workman Publishing.
Polly Guerin never wore a boned corset but is fascinated by the seductive world of corsetry and the role it played in women’s lives. Polly honed her fashion historian skills as a professor at The Fashion Institute of Technology and wrote “The Ties That Bind, A Guide to Historically Correct Undergarments” for doll enthusiasts. (Doll World magazine)
Posted by Polly Guerin at 8:45 AM