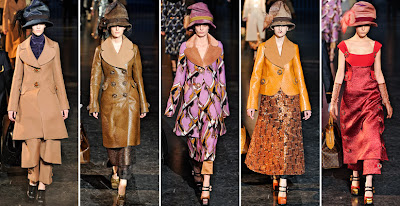 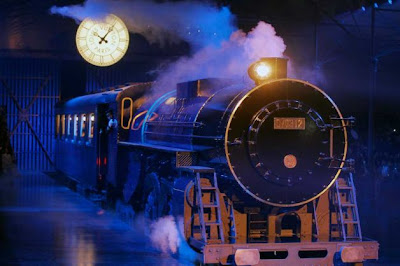 Louis Vuitton, one of the world’s leading international fashion houses well known for its LV monogram is one of the most counterfeited brands in the fashion world due to its image as a status symbol featured on luxury trunks and leather products to fashion ready-to-wear accessories, jewelry and footwear. It is the subject of an exhibition, “Louis Vuitton-Marc Jacobs” at the Museum Les Arts Decoratifs in Paris and runs through Sept. 16, 2012. Marc Jacobs, as you know, has been Vuitton’s artistic director since 1997. The multimedia exhibition examines the vastly different periods in the fashion industry: the 19th century world of steamer trunks by founder Louis Vuitton, and the exuberant global business generated by Marc Jacobs. VUITTON ON THE PARIS RUNWAY Vuitton’s originals were always luggage, steamer trunks and cases meant for elite travelers and Marc Jacobs’ Paris show took off with a spectacular presentation that harkened back to the glory days of travel and suitcases. At the recent Paris showings two massive steel doors parted and a full-scale 1890s navy blue locomotive with the name Louis Vuitton on the tank in gold lettering, pulled into the temporary LV station at Cour Carree du Louvre in a bath of steam. Elegant models disembarked one by one wearing richly adorned dresses; each greeted by her own uniformed porter with armloads of Vuitton bags. It was a fantasy production with even a suitcase-inspired crocodile train cases with giant Swarovski closures and baggage that went from miniature to oversize in a spectacular display of Vuitton workmanship. Viva Vuitton!!! It just made me want to board the Orient Express, piled high with LV luggage. THE LUXURY BRAND Louis Vuitton Malletier, commonly referred to as Louis Vuitton is a fashion house founded in 1854 by Louis Vuitton who introduced his flat-bottom trunks in 1858 making them lightweight and airtight and easily stackable. It is curious to recall that before the arrival of Vuitton’s trunks, rounded-top trunks were used, generally to promote water runoff, and thus could not be stacked. Within short time luggage makers began to imitate Louis Vuitton’s flat-bottom style and design. To protect against duplication, Vuitton changed the Trianon design to beige and brown stripes and copywrited the lightweight, waterproof trunks in 1867 with the “marquee L. Vuitton deposee, which translates into “L. Vuitton registered trademark to curtail imitation of the famous Vuitton look. The famous monogram, LV, as we know it today was produced in 1896 as an homage by Georges Vuitton to his late father.LOUIS VUITTON REVISITED Louis Vuitton did not merely step up to the stage of celebrity luggage maker, he honed his skills. After spending seventeen years apprenticing at one of Paris’ packing specialists, house founder, Louis Vuitton set up his own operation on Rue Neuve des Capucines in Paris, France, noting “English Spoken” on his first label. It was the Golden Age of luggage when well-to-do women would change dresses up to seven times a day a dozens of trunks were required for a voyage. The exhibit in Paris clearing illustrates this point with a trunk from 1888 bearing a plaque from the House of Charles Frederick Worth, considered the father of haute couture. With the genius for marketing in 1897 Vuitton participated in the universal exhibition in Paris as well as other exhibition venues which contributed to establishing the company as a worldwide corporation. THE MARC JACOBS ERA The street-smart New York designer enlisted to launch Vuitton into the international marketplace with ready-to-wear and fashion accessories also gets his due recognition at the exhibition. Louis Vuitton may have seen a world mobilized by travel and industrialization, but it was Marc Jacobs who represents modern communication and global expansion through collaborations with celebrated artists. Stephen Sprouse, for one, in collaboration with Marc Jacobs designed a limited-edition line of Vuitton bags that featured graffiti written over the monogram pattern. In 2003, Takashi Murakami, in collaboration with Marc Jacobs masterminded the new Monogram Mulicolore canvas range of handbags and accessories in 33 different colors on either a white or black background. Murakami also created the Cherry Blossom pattern. THE LVMH HOLDING COMPANY Louis Vuitton worldwide sells its products through standalone boutiques, lease departments in high end department stores, and through the e-commerce section of its website. 1987 saw the creation of LVMH. Moet et Chandon and Hennessy, the leading manufacturers of champagne and cognac, merged respectively with Louis Vuitton to form the luxury goods conglomerate. http://www.louisvuitton.com/.
Posted by Polly Guerin at 9:54 AM